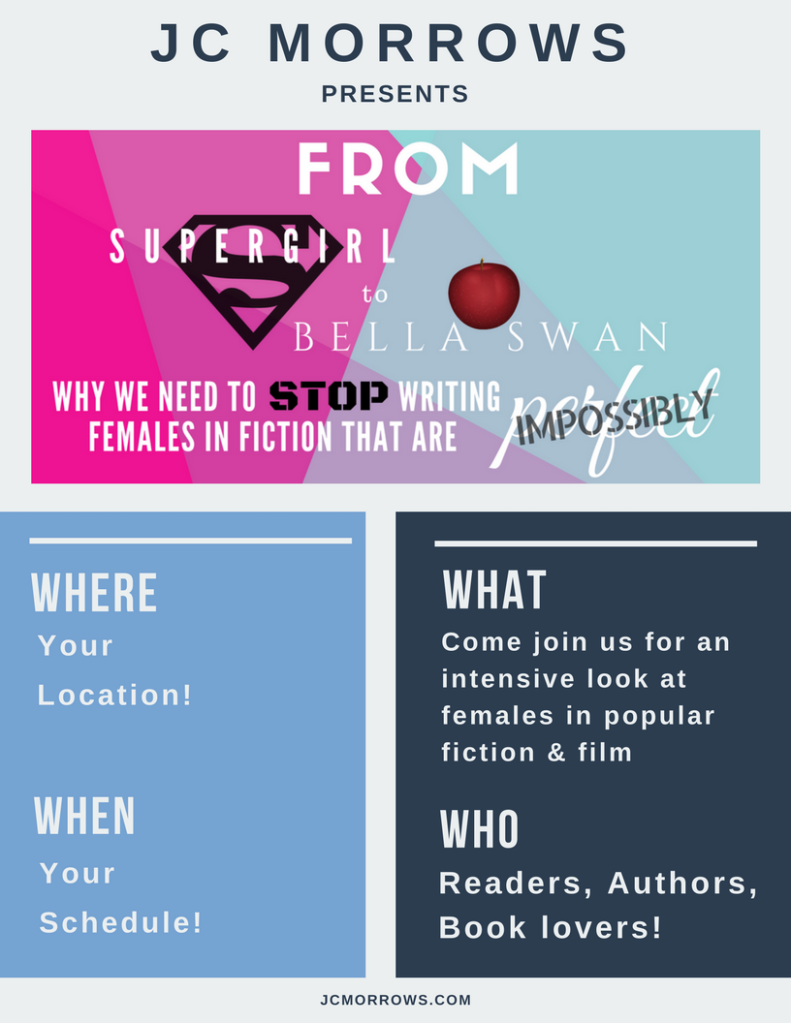 BestSelling author JC Morrows will walk you through some of the finer points of writing Kick*** Female heroines in fiction and why they are so important!

JC presented this workshop at the 2018 Southern Kentucky Bookfest to a crowd of students, teachers, readers, and aspiring authors who ran out of time before they ran out of questions!

Having written 5+ book series centered around female heroines (both reluctant and unexpected) in both first person and third perspective, JC has a deep well of knowledge to draw on when answering questions and passing along advice.

Do you have a story inside of you, but you’re not sure how to get started or where to go with it once you’re done? 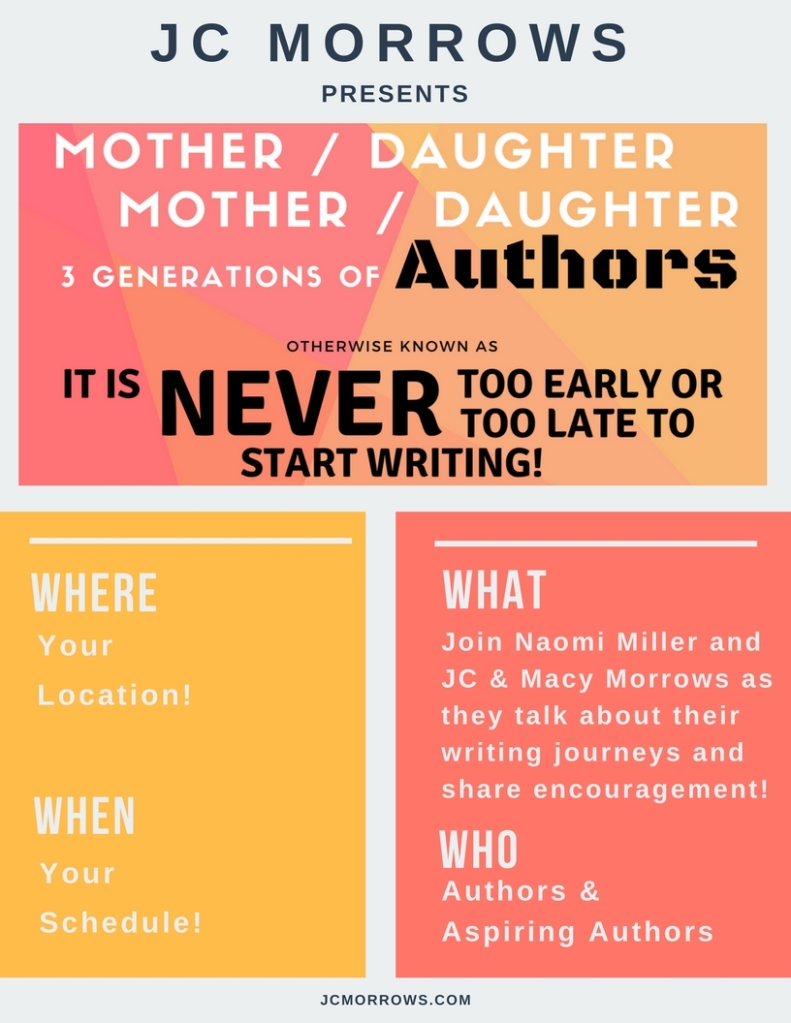 It is NEVER too early. . . or too late to start writing!

JC was fortunate to grow up with a very patient mother who somehow always found time to listen to her stories and explanations of the crazy dreams that filled most every night. Had she tired of listening or told JC to stop regaling her with the fantastical tales, JC might never have written a novel, much less more than ten.

To that end, JC did everything she could to not only encourage her children to write stories and draw comics from a very early age, but she also encouraged her mother Naomi to write, even though the stories Naomi felt led to write sounded about as far from what the market was looking for at that time as possible.

Obviously JC was thrilled when Naomi’s wonderful cozy mysteries were published (6 so far) and then when her daughter decided to join them in their writing endeavors! JC and Macy released their first co-written middle grade chapter book in May of 2018!

Join Naomi Miller and JC & Macy Morrows as they talk about their writing journeys and share encouragement with both aspiring and already published authors!

Are you an author lost in the sea of social media?

Do you struggle to understand hashtags and tagging and the differences between LIKES and FOLLOWS and FRIENDING?

Do you wish you knew why all those crazy sites are even necessary for authors?

YOU ARE NOT ALONE!

Join web guru JC Morrows as she presents her unique workshop: SOCIAL MEDIA FOR DUMMIES (otherwise known as: Teaching authors NEW tricks to survive in the cyber-world of TODAY!)

The publishing world changes nearly every day and most authors are struggling to keep up. Once upon a time, all an author had to do was write a GREAT book! This is no longer the case. . . and for more than just mid-list authors.

JC will introduce attendees to the basic social media platforms that most ten-year-olds in America are already familiar with AND show them how to get a running start.

BONUS: The DOs and DON’Ts of Facebook Parties and why they are crucial to success!

JC Morrows was dragged kicking and screaming by her geek mom onto the World Wide Web, where she surprisingly flourished. Now, a trained Graphic designer and self-made web guru, she devotes herself to helping authors help find their way across the digital desert that has hung many authors out to dry.

If you would like to book a workshop with JC, use the form below and someone will be in touch as soon as possible. Thank you!

“And the LORD answered me, and said, Write the vision, and make it plain upon tables,
that he may run that readeth it.” – Habakkuk 2:2 KJV

Thank you for visiting! Come back SOON!