A friend of mine shared this article on Facebook – so of course, I had to go read it.

And of course – I have to now critique it, and add my own opinions to it.

First, here is the infographic:

Courtesy of: The Write Life

And by the way… just for anyone else who does NOT know the term Sisyphean:

OK… now for my thoughts:

No matter the opinion, research or experience – no infographic, book or class can tell you definitively how your publishing journey will go – or even how it should go.

Every author has a different journey. No two authors write, query, acquire an agent or publish in exactly the same way – like everything else in life.

There is no hard and fast line. The infographic above is nice but there are literally thousands of other factors to consider…

And, as one of the commenters in the post where I found this infographic pointed out – it can be exceptionally difficult for someone to be traditionally published…

This is a really cool infographic; complicated but very well thought out. The one thing that’s missing here for me, however, is the very real fact that it’s incredibly difficult to get traditionally published. Most of the authors I work with—even most of those I publish—pursue traditional as a first choice, and then come around to the idea of self-publishing. It’s no longer the case that if you have the desire and the drive you can get traditionally published. The barriers to entry are officially so high that great authors who would have been traditionally published ten years ago simply cannot get deals. I just want to put that out there for the readers—that the path to publishing is not an either/or scenario. And then there are the hybrid options (like my press, She Writes Press, and so many others—Ink Shares, Turning Stone, and countless others) who are creating an in-between space specifically because there’s so much grey.

The point is this: Don’t count your chickens…

Even if you have an exceptional story, a well-developed platform, a flawless query, and a killer agent – you are still subject to the whims of the market and the odd timing of current trends.

Don’t judge your own experience by ANYONE else’s!

Don’t give up on traditional publishing until you’ve given it a real try!

But don’t discount self-publishing because of what you’ve heard or what you’re told by anyone else!

Will it be easy? NO! Either way you go there are challenges!

Self-publishing can be extremely expensive and difficult but it could pay off in ways you can’t imagine right now!

Traditional publishing can be incredibly slow and frustrating but there are resources there that make it all worthwhile! 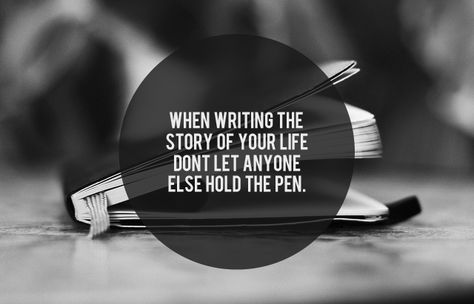 Unless that someone is God – For my own personal advice… PRAY! Wait on God! Follow His path and your career will take the directions it is meant to!