Part of this question came from the fact that my mother and my son have a very sharp (sometimes frighteningly so) wit and I do not.

When I am writing a scene with snappy repartee or clever comments, those are often the most difficult part of a story for me to write.

However… sometimes, when I’m in the zone and letting the story flow through me (instead of trying to shape it myself) the character will say something really clever.

At that moment I will sit back and just stare at my computer screen in awe, wondering where exactly that came from because I KNOW I am not that clever or witty.

That is one of the times when you know your character has taken over the story.

Authors, you’ll know what I mean because chances are, in the course of your writing, you’ve had one of these characters pop up.

And readers, you may read this and find yourself thinking that all authors are crazy, but you may find the subject fascinating anyway.

Once upon a time, I was sitting across the table from my mother, who was working on her first full-length novel. It was meant to be a sweet little romance about a slightly inept young woman who was certain no man would want her because she couldn’t do anything right…

However, right smack in the middle of her story, an unexpected character appeared—and then he did something completely out of line with her sweet little romance storyline.

Obviously, she was horrified. She turned to me and said something along the lines of…

Once the conversation went back and forth a bit and I figured out where she was going with it, I made the comment…

She did not find that amusing.

However, she did keep writing. And she followed the new direction the story took, even going so far as to rewrite the beginning later to match up with the new story.

I’m still waiting to see that story in print.

On that note… anyone who has followed my books, knows that book 5 in my Order of the MoonStone series is very late. It was scheduled to release in Spring of this year. Then it was pushed to Summer. Here it is nearly fall and we only just now have a final release date

Simple: The characters changed the story on me.

Two years ago, when I wrote the rough draft, I had a solid storyline. I had a plan. I knew what was going to happen with the characters and their story.

And then the rewrites and edits began.

Over the course of the next two years (or the previous two years depending on how you look at it) that story changed. Some of it was me, yes. But most of it was the characters themselves. They changed the story on me, sometimes mid sentence…

Here is where the crazy comes in.

Being a writer doesn’t just mean you write all the words… It also means listening to your characters. You are their voice, their scribe, their portal to the world.

So, when the characters tell you to write something different, something absolutely contrary to what you’ve already written, you blindly follow, right?

The problem with this is, of course, that the story belongs more to your characters than it does to you. They get the last word. They get to say yes or no. They hold all the cards, the keys, the answers.

And they will hold you hostage if you don’t do what they want with their story. And… if you–like me–are determined to have your way, you may have to go to your publisher and beg them, not once… not twice… but three times, to move your release date.

It is a very humbling experience.

You wouldn’t think that a woman of my intelligence and experience would take three tries before they humble themself enough to move past their own ego and listen to their characters.

It took asking three times–and seriously considering asking for a fourth extension–before I finally let go of pride and ego and listened.

Because my characters know things I don’t. They know that the direction they’re trying to push me is the right one, the best one, the one that will get the story to the outcome it needs.

Yes, I am pleased to announce that I have finally stopped beating my head against the wall of my own pride. I finally listened to my characters.

And I think the readers are going to enjoy the final installment so much more now that I’ve let the characters have their way. 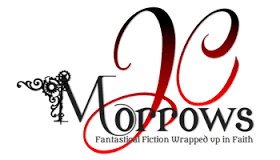