To give everyone an idea of where Kayden started in my mind, I am going to show you where we started with the cover design: 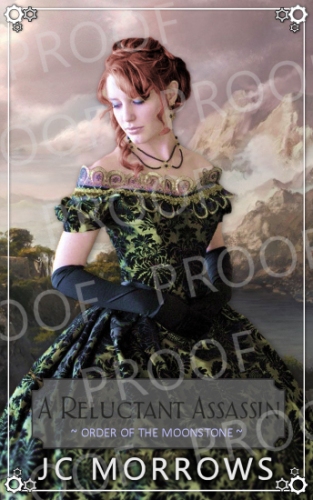 I will also point out here that this is a very, very early version of the cover for book 1.

By the time we got serious about the cover design, she was a very different character – and the design needed a complete overhaul. (We never even licensed this image because while we were in talks with the artist, we realized it was not an accurate representation of Kayden)

But this is where she began.

A pretty girl, in a pretty dress, going to a ball, at a palace, trying to win a Prince.

. . .  At least, that was what everyone was supposed to think.

I even thought it to some extent.

Until I got to know her, that is.

I know. That sounds crazy. How did I not know my own character? Didn’t I make her up?

I don’t know if anyone else writes a story like I do or not – but I tend to doubt it. I’ve heard all of the phrases: “Plotter” “Pantser” “Plotser” “Plantser” – and the thing is – I don’t fit in any of those categories.

The story appears in my mind, fully-formed.

The characters walk into the story as individuals. I laugh when I read about some authors struggling with names for their characters. Mine tell me their names as soon as I meet them.

And then those characters walk through the story for me – while I struggle to keep up, fingers flying furiously over the keys of the laptop that is on a quest to further unhinge the slight amount of sanity I have remaining.

THANK YOU MOM, for insisting I teach myself how to type correctly. I still make mistakes . . . a lot of mistakes . . . but I can type so much faster using the appropriate fingers than I ever did during my hunt and peck days.

Right . . . getting to know my character.

So, when I started writing, I only saw what Kayden wanted me to see just then. As I went, she revealed more and more to me – and it was only after three drafts that I had a full picture of her (or at least I thought I did).

And draft 3 was when I started to realize the original cover art was not going to work.

Thankfully, by the time work was progressing on the new cover, I was well into draft 4 and getting an even more in-depth look at my Reluctant Assassin. Just in time – the design team and I were able to collaborate and find the perfect image of Kayden: 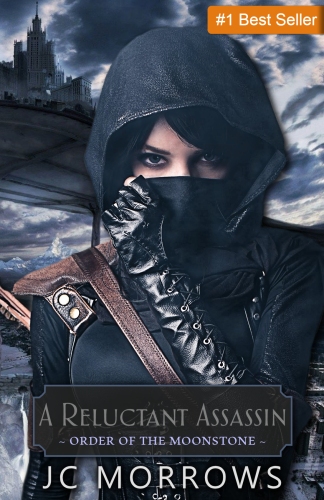 I think we will all agree that this is a much more accurate image of A Reluctant Assassin.

And yes, for your information, there are still things I am learning about Kayden as I write.

Not all of the surprises that pop up as the series releases are me being a mean author. Some of them I genuinely didn’t know until I wrote them.

However, I am still immeasurably glad I wrote the entire series BEFORE S&G released book 1.

We might have ended up with that first cover – and that would have been tough to transition into the cover for books 2 and 3 . . . not to mention book 4  (which is scheduled for reveal on the 29th -don’t forget).

Speaking of A Reluctant Assassin, if you haven’t read part one of this series yet, it’s FREE all over the place in eBook format – so go grab your copy and introduce yourself to Kayden and The Prince she was sent to assassinate.

While you do that, I’m going to get back to editing. I’m excited . . . and terrified . . . about what’s coming up in the series. I hope everyone loves it as much as I do, but at the same time, I worry you’ll all detest it – and me – when you read it.

Ah, the life of a writer. So glamorous.

Be sure you pop back here on the 29th for the cover reveal – hosted by Lola’s Blog Tours! 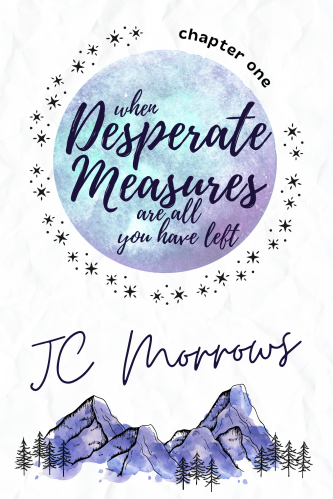 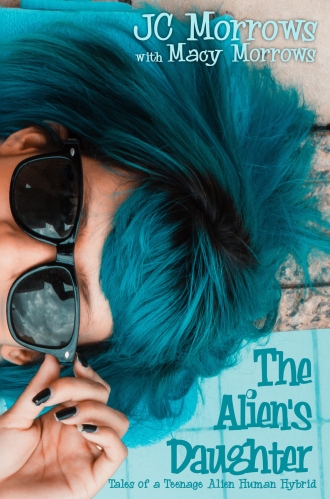 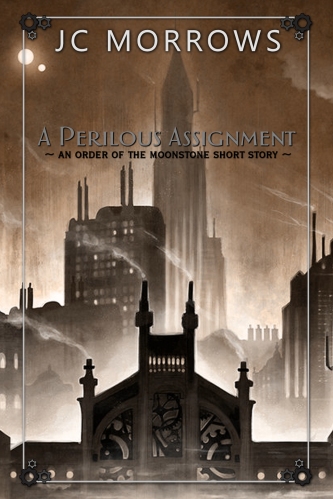 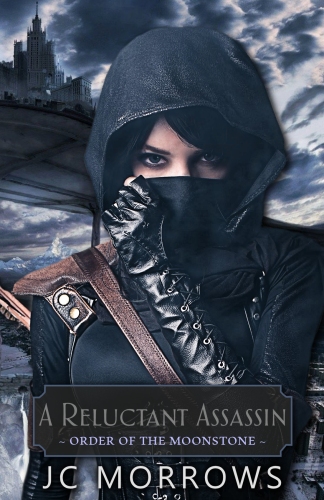 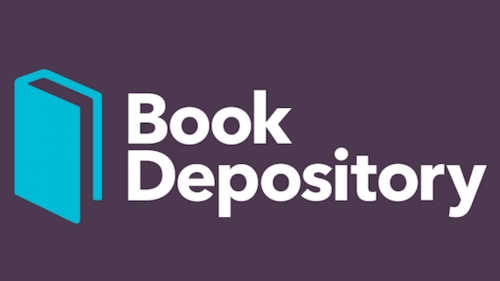